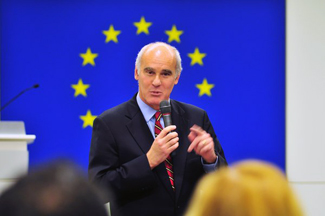 Intercultural understanding, awareness, dialogue and cooperation — those are some of the ambiguous feel-good phrases we — the ever-observant followers of international relations — hear, read and say on a daily basis.

So it’s no surprise that such vaguely inspiring language is peppered throughout the brochures for the launch of a new local diplomatic initiative in town — one that’s European no less.

The Washington, D.C., chapter of the European Union National Institutes for Culture is the latest tolerance-promoting, culturally enlightening network to emerge in the nation’s capital.

This global network — EUNIC for short — is a self-described coalition of cultural institutes from the EU located around the world. The goal? Teaching folks about European culture.

The full network is active in 80 cities around the world, encompassing more than 25,000 employees and 2,000 branches that work in the arts, languages, youth, education, science, intercultural dialogue and development sectors.

Member institutes also come together in “clusters” to develop shared local activities and events, more than 200 of which were organized in 2009. Examples include an “Intradance” co-production between European and Russian contemporary dance companies, and “generation89,” a project spearheaded by Poland, Romania, Belgium and Czech Republic that brought together people born in 1989 in nine countries to develop their views on the future of Europe.

EUNIC’s members are said to boast “an international reputation as Europe’s leading cultural relations practitioners,” according to its website.

Actually, this diplo-speak glosses over the local heavyweights behind a rather smart venture, which, assuming it works, might better unite some of the disparate institutions and venues that offer some of the most innovative international cultural programming in the city.

EUNIC Washington DC was created in March 2011 to promote contemporary European culture and provide an outlet for dialogue on topics such as immigration, Islam, the environment and other timely issues.

These venues are among the most active, accessible yet underappreciated sources of international art in Washington (regularly profiled in the pages of The Diplomat) and could certainly benefit from additional cross-promotion and collaboration. 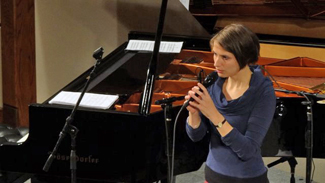 The launch of the D.C. chapter of the European Union National Institutes for Culture (EUNIC), was celebrated with a concert at the Austrian Embassy by the group European Jazz Motion.

Andrea Schrammel is the new chapter president in 2012 and director of the Austrian Cultural Forum in Washington, a wing of the embassy whose calendar is usually chock-full of some 50 events a year ranging from exhibits to concerts to lectures. She says the D.C. chapter of EUNIC is tailoring its EU-101 programming to the contemporary, not classical, arts and music scene.

That’s because there’s more to Viennese music than Mozart, and more to Parisian art than Monet — at least’s that’s the message Schrammel wants EUNIC to pass on to Washingtonians through a series of thought-provoking exhibits, performances, dialogues and educational programs.

But the mission is actually two-fold, she adds. The events not only showcase the diversity of EU contemporary art and music, but also shine the spotlight on shared 21st-century challenges.

“We do have common values and also common problems,” Schrammel said, referring to similarities not only between the 27 EU member states but also between the European Union and United States. “Migration, integration, environmental protection and policy — there are so many things.”

A fall blog post posted by the Alliance Française de Washington emphasized the need for such “shared” experiences between European nations. But the balance of preserving one’s own culture while opening up to intercultural dialogue, it said, can be tricky in Europe.

“Today, the old continent’s ‘art of discourse’ on the EU’s self-declared missions, combined with a lack of political willingness, has clearly handicapped the collective appreciation for a European culture,” the post said. “And how could it be any different when the sum devoted to cultural cooperation in Europe represents only 0.06 percent of the total European budget, employs more than 3.6 million people, and represents 4.9 percent of its GDP?”

The solution? While a budget bump for culture programs from the euro-strapped union is unlikely, on option is to pool creativity and resources through networks like EUNIC to produce those wonky “intercultural” programs geared toward dialogue and shared experiences.

One such local EUNIC exhibit, which opened at the Austrian Embassy on Jan. 20, highlights universal challenges of immigration through four artists’ perspectives. “Migration_Standards” will focus on migration’s “structural conditions as a result of the redistribution of power and property.” With photography, video, architecture, painting, sculpture and multimedia installations, Schrammel said the contemporary art exhibit will speak to people from all different walks of life because migration is a worldwide phenomenon.