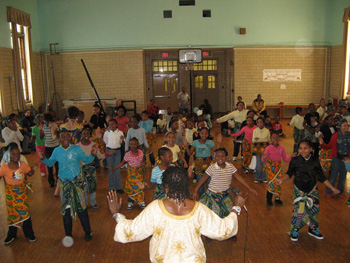 When French teacher Alice Rousie walked into a Southeast Washington elementary school several years ago, she didn’t know what to expect. Most, if not all, of the students there had never been out of the metropolitan Washington area, let alone the United States — and none had exposure to another language. But the native French speaker was delighted with what she heard.

“They were really interested in knowing about different places,” Rousie remembered. “They asked me questions like, ‘What are French children doing right now?’ and ‘What do French people eat?’ and ‘Do they have TV in France?’”

Rousie said she used common tidbits about France to lure and capture their imaginations. “Of course, I used some interesting facts like, ‘Did you know French people eat snails?’ and asked, ‘Have you eaten French bread … French toast … French dressing?’”

Rousie showed her students where the country was on the globe and explained the differences between the two cultures. “I told them, ‘When you guys are going to bed, the sun is shining in France,’” — things to help them grasp what life is like in other parts of the world.

“Every time, I learn something new in French class,” said Alicia Nash, a fifth-grader at Burroughs Elementary School in Washington. “I can go home and teach my family.”

“Every Tuesday, I love to go to school because we have French,” said Nydia Cooper, a fourth-grader at Ketcham Elementary School. “We sing in French, and sometimes we eat — we always have fun.” 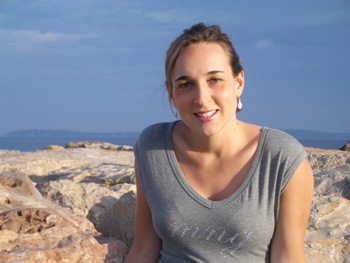 Her principal, Joyce Grimes, agreed. “The French classes have been a priceless gift over the years,” she said. “They serve to enrich the lives of the children by giving them a wonderful learning experience that they never would have had in elementary school” had it not been for the alliance, she added, referring to the Alliance Française de Washington, the local chapter of the largest network of French language and cultural centers in the world. In fact, there are 1,300 alliance chapters established in 112 countries, including 140 chapters in the United States, serving 400,000 students.

Rousie, a Springfield, Va., resident, visited Ketcham for five years, once a week. She and four colleagues taught 300 children in grades one through five all about French culture and language. Teachers visit classrooms and offer a rich mix of language instruction, music, field trips, food tastings and pen pal exchanges. They also brought in visiting artists and musicians, and led the students in theater workshops.

Rousie was one of the original five teachers in a pilot outreach effort organized and funded by the Alliance Française in Washington called the Anne Bujon Educational Initiative. The program — operated in partnership with the D.C. Public School System — was established and named in 2002 in honor of Anne Bujon, wife of the former French ambassador in Washington, François Bujon de l’Estang. 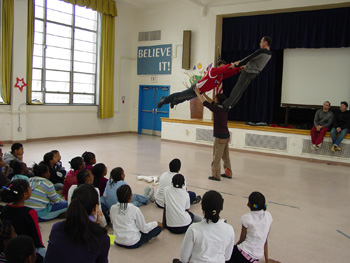 The idea was to send French teachers to high-poverty, high-performing, ethnically non-diverse public schools in the city to offer a mix of rigorous language training and cultural enrichment. “We decided we wanted to show our support to help better the community,” said Alliance Française’s executive director, Laurent Mellier.

Now, the program has expanded its parameters, establishing an academic curriculum and an evaluation system to measure the children’s progress. D.C. elementary schools participating in the Bujon Initiative include Ketcham, Randle Highlands, J.O. Wilson, Burroughs and River Terrace.

“Principals, teachers, students and parents are enthusiastic, grateful and turned on to French,” said Sally Schwartz, director of international programs at D.C. Public Schools. “I wish we could clone the Alliance Française” and take it to other schools in the system, she added.

Whether you’re French and feeling homesick, not French but drawn to the culture, want to learn the language, or want to immerse yourself in preparation for a visit, the Alliance Française de Washington has something for everyone.

“Whenever people enter our building, they say they have this feeling that they are actually in France — and they like it,” said Executive Director Mellier. “Washington is a very international city and very sensitive to French cultures,” he added. “There is definitely an audience and there is a need for learning all things French.” 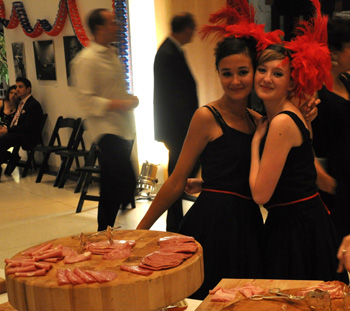 Separate from the government of France, the D.C. chapter promotes the French language and culture, encouraging positive relations between francophones (French speakers) and francophiles (French admirers) of all origins. The Washington chapter is one of the three largest and strongest chapters in the United States, serving 3,200 area residents through four departments: a language school, cultural affairs offerings, membership library, and school outreach effort.

Social activities organized by the alliance and its affiliated groups include lectures, concerts, films, art exhibits, wine and cheese parties, discussion groups and other gatherings.

A sampling of recent and upcoming events demonstrates the wide range of offerings: a tasting of estate-grown cognacs, a lecture on the transatlantic fight against terrorism, an art exhibit of Provence paintings, a Canadian slam/urban poetry performance by Queen Ka, and a French comics and animation festival coming up in April.

Not enough? The group also offers a library with a collection of more than 10,000 books, French newspapers and magazines, videos, DVDs and CDs. In addition, French Ambassador Pierre Vimont will host the eighth annual fundraising gala for the Alliance Française at his residence this month on March 4 to benefit the alliance’s Anne Bujon Educational Initiative — a perfect opportunity to fête the French, as well as a worthy cause.