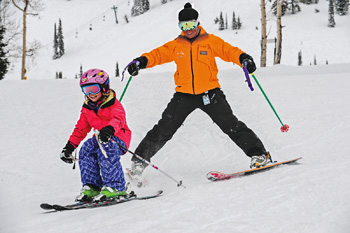 Spring is just around the corner, but skiers and snowboarders still have time to take advantage of one of the best winter seasons in U.S. history during March and early April.

The western United States, in particular, was bombed with snow this season and most ski areas in the region still boast fantastic conditions heading into the season’s final six weeks.

Of course, the mid-Atlantic offers multiple options for taking a few turns on the slopes within a few hours’ drive time from Washington. Most Mid-Atlantic resorts, including Seven Springs in Pennsylvania and Snowshoe in West Virginia, remain open. But a warm winter on the East Coast has posed a challenge for many area resorts this season.

When it comes to powder and vertical skiing terrain with slopes for all ability levels, the western U.S. is hard to beat. The Diplomat skied multiple western resorts in February – from Jackson Hole and Grand Targhee in Wyoming to Telluride in Colorado to Taos in New Mexico – and we can report that conditions have rarely been better.

In fact, one of the crown jewels of American skiing – Jackson Hole Mountain Resort in Wyoming – is currently in the midst of its best ski season on record. The modern, full-service ski resort nestled in the majestic Grand Tetons mountain range reports a record a whopping 500 inches of snow this winter with more on the way in March.

“With the deepest base in the resort’s history, the conditions on the mountain have never been better with some of the best spring skiing conditions in the country, ” Anna Cole, Jackson Hole’s communications manager, told the Diplomat. “With a great line up of free outdoor concerts in March and April and the signature Rendezvous Festival March 17-19, spring is one of the most festive and fun times of year in the Tetons.”

While the spectacular mountain is legendary among expert skiers and snowboarders, the mountain is also ranked highly by SKI Magazine Readers for terrain variety. Rolling groomers, adventurous but safe ski areas for kids, and uncrowded long runs are the resort’s hallmark. 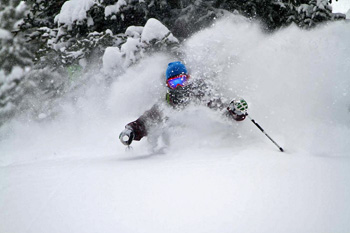 Jackson Hole Mountain Resort in Wyoming also boasts one of the world’s best ski schools, with skilled certified instructors for skiers of all abilities.

Jackson Hole also boasts one of the world’s best ski schools, with skilled certified instructors for skiers of all abilities. We wanted to brush up on our skills during a recent visit and can report that the day-long group lesson had us carving turns with significantly more confidence and grace by the end of the day.

Our instructor was skilled but easy-going and full of encouragement, making the day not only challenging but fun.

Those who make a trip to Jackson Hole can also take a day-trip to nearby Grand Targhee, another spectacular – if lesser known – ski area about an hour away across Teton Pass near the Idaho border. Grand Targhee’s snow is legendary for its light powdery consistency, making it a favorite among in-the-know powder hounds across the country. It’s also a bit less expensive than many major resorts, making it a bargain to boot.

“The best thing about Grand Targhee is the vibe,” said Jennie White, the resort’s spokeswoman. “We’re a laid-back resort you’re never going to find a crowd or a lift line. We’re always value-packed with lodging specials and it’s just a fun place to come enjoy the mountain. There is terrain for every skier and riding ability and we have a dedicated kids’ adventure zone.”

If skiing or snowboarding is not your thing, Grand Targhee even has a resort naturalist who will take you on a tour of the incredible wildlife that calls the Tetons home.

A trip to Jackson Hole or Grand Targhee is easy from any of Washington’s three regional airports with numerous daily flights into Jackson, Wyo. Make sure and check with the resorts for package deals on lodging and lift tickets.

Another good option for western-bound skiers on a budget and looking for steep and deep snow without lift lines is Taos Ski Valley in New Mexico. The low-key but seriously challenging mountain about an hour north of Santa is in the midst of a multi-million dollar renovation and boasts some of the best terrain and shortest lift lines in the nation.

Founded by German native Ernie Blake in 1950’s, the Alpine-style resort – modeled on those in the German Alps – is growing in stature and reputation. Taos is also the home of Gary Johnson, a former New Mexico governor and extreme athlete who ran for president as a Libertarian candidate in 2016.

Now is a good time to discover Taos before the word of its major improvements gets out. Taos is accessible from the Albuquerque International Airport about two hours away.

“Taos Ski Valley’s revival is a testament to the dedication to keeping Ernie’s dream alive,” the resort proclaims on its website. “His love for the mountains, independent spirit, family values, and the European tradition of hospitality are central to the project, and the preservation of the resort’s unique spirit, colorful community, and renowned notoriety is unwavering.”