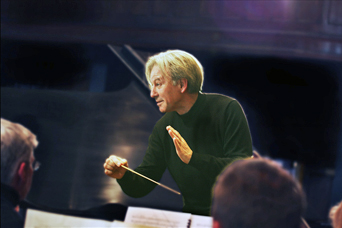 With its asymmetric rhythms, unpredictable sharps, flats and crescendos, and swift background pulse — like an adrenaline-pumping heart — Igor Stravinsky’s “The Rite of Spring” shattered traditional classical music in the early 20th century.

At its debut in 1913, the Russian composer’s infamous work, accompanied by a ballet choreographed by Vaslav Nijinsky that depicted a violent pagan sacrificial ritual, elicited boos from the audience and caused fistfights in the aisles.

Contrast that with Stravinsky’s “Pulcinella,” a Mozart-like rendition of neoclassic music, written during his exile from Russia around World War I.

Those didn’t occur in a vacuum: The difference between Stravinsky’s early folksy works, including “Firebird” and “Les Noces,” and his later compositions such as “Scherzo à la Russe” and his opera “The Rake’s Progress,” is as stark as night and day. The early pieces are saturated with emotion; the latter, a colder execution of notes.

“As a young man, [Stravinsky] was considered a rebellious and controversial composer but adopted neoclassicism in West,” said Post-Classical Ensemble Artistic Director Joseph Horowitz. “He had a different public image, and it was in some ways more French than Russian. People expected a kind of music that is emotionally distanced and very different from his early works.”

The dramatic change in the musical genius’s work takes center stage at a three-day musical showcase in April staged by Post-Classical Ensemble, an orchestra that prides itself on being more than an orchestra by linking classically tinged concerts with film, theater, dance and discussion to provide a comprehensive, thematic exploration of individual composers and their music (also see “Classic Innovation” in the March 2009 issue of The Washington Diplomat).

It’s concerts with context — and the context here is Stravinsky’s Russian roots, unearthing them even in his later works after he resettled in Paris and then eventually Hollywood.

In collaboration with the Music Center at Strathmore, the Post-Classical Ensemble’s “The Stravinsky Project” will feature concert performances, film and discussions about the torn man who inspired legions of musicians, some of the most beloved ballets, and even Walt Disney.

For years, American musicians attributed the change in Stravinsky’s work to his exile, claiming the composer became an entirely different musician — more cosmopolitan French than Russian after the 1920s and ’30s. But this festival challenges that notion. For Post-Classical Ensemble, Stravinsky’s Russian identity was as tangible and enduring as his love for music.

“The whole festival has to do with the question of whether Stravinsky is Russian,” Horowitz explained. “He tried to distance himself from his Russian roots, physically and emotionally. But toward the end of life Stravinsky discovered that he felt Russian, and this entire exercise of distancing himself was part of the trauma of exile. He had to cope with the fact that he lost his homeland.”

The evening opens with “Symphonies of Wind Instruments,” a nine-minute piece inspired by Debussy, which Stravinsky described as the first of his “so-called classical works,” according to Horowitz.

In addition, the Russian wedding-inspired “Les Noces” will be performed by members of the Washington Bach Consort Chorus. Composed for the Ballets Russes, the dance cantata tells the story of a traditional Russian folk marriage. Guests will instantly recognize the wailing mother who fears losing her daughter, the proud papa of the groom and the hopeful young couple — as soloists belt out Stravinsky’s score amid the roar of a wild wedding celebration.

It was said to be one of Stravinsky’s favorite pieces and is rarely played by orchestras because it calls for four lead pianists.

The evening will end with the sacrificial dance passage from “The Rite of Spring,” which catapulted Stravinsky to fame, and infamy.

Stravinsky’s career though was not only revolutionary, it was wide-ranging — earning him fame as a composer, pianist and conductor (and even author) who influenced ballet, theater and opera while veering over the years from neoclassicism to modern classical music.

And there’s perhaps no better medium to fully examine that diversity than the Post-Classical Ensemble. Staying true to its reputation for breathing originality and novel interpretations into the classics by interweaving dance, film, discussion and even pop music, Post-Classical Ensemble elevates the festival — as it does all of its performances — beyond just a regular night out at the concert. It presents a holistic view of Stravinsky and his talents.

The guest artists embody this approach. Horowitz said the pianists’ rendition of Stravinsky is “more Russian and romantic, emotional and visceral, rawer” than people might hear from American-trained orchestras.

Trained in the former Soviet Union during the Cold War, the pianists were forbidden to play Stravinsky due to the composer’s anti-communist views. But these pianists, most of whom discovered Stravinsky’s work mid-career, were able to identify the Russian elements of the composer’s work and claim his as one of their own.

Expanding a night of classical music into a weeklong educational series is another signature Post-Classical element.

“At the Post-Classical Ensemble, we are very obsessed with creating several events around a topic,” said Music Director Angel Gil-Ordóñez. “We bring context to the performance, showing that it’s not just about a beautiful piece, but it’s also how it was conceived and under what circumstances.”

To that end, the group hosts “Stravinsky on Film” on April 9 with three biographical screenings at the National Gallery of Art. The festival continues April 10 with “Interpreting Stravinsky” at the Strathmore, documenting Stravinsky’s odyssey from Russia to Switzerland to France to California.

Gil-Ordóñez and Horowitz hope “The Stravinsky Project” will inspire Washingtonians to learn more about the musical mastermind and look beyond what they encounter in the theater or hear in a concert hall.

“This event is an extended experience,” Gil-Ordóñez said. “We want people to go to the performances and the lectures and become part of a Stravinsky community.”

It’s a big goal for a relatively small musical group. But Post-Classical got a major boost in these tight economic times — with arts groups in particular feeling the pinch — when the Andrew W. Mellon Foundation awarded it with a $200,000 grant in January.

Gil-Ordóñez called the grant a “big prize” — part of which funded “The Stravinsky Project” — but not so much for the money as for the prestige. He said the grant puts “us at a higher level on the musical scene map” and shows the value of the Post-Classical Ensemble’s unique programming of festivals instead of isolated musical events.

“Mellon is attempting to find innovation … and we view ourselves as an experimental laboratory in the symphonic field,” added Horowitz. “In this case, the 15-hour immersion experience and allowing the audience to mingle with the performers and learn more is a new idea. It’s unprecedented. I don’t think anything like this has ever happened in D.C.”

The Stravinsky Project
from April 8 to 10

For more information, please call (301) 581-5100 or visit http://post-classicalensemble.org or www.strathmore.org/stravinskyproject.