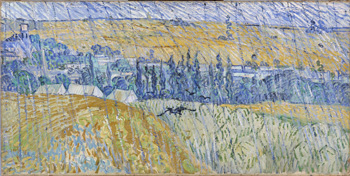 There’s a sweeping art history lesson taking place at the Corcoran Gallery of Art on painting masters from Europe, and it’s one that originated from an unlikely source: a pair of wealthy Welsh heiresses.

Of the 53 works in “Turner to Cézanne: Masterpieces from the Davies Collection, National Museum Wales,” most have never before been seen in the United States. The traveling exhibit (it comes to D.C. after stops in Ohio, Oklahoma and New York) follows the collecting chronology of Margaret and Gwendoline Davies — shy siblings born in the late 1800s to a coal and shipping fortune.

The display is as much about the sisters as the art they amassed, perhaps because their ventures stand in such stark contrast to the rebellious activities of today’s partying young heiresses.

In her mid 20s, Paris Hilton went to prison for alcohol-related reckless driving. Around the same age, the Davies sisters quietly obtained their first watercolors. Each bought a small piece by landscape painter Jean-Baptiste-Camille Corot.

Those initial purchases gave way to a spree of acquisitions, including peasant scenes by Jean-François Millet and storm-ridden countrysides by J.M.W. Turner. Within six years, the Davies had gathered nearly 100 paintings and sculptures. 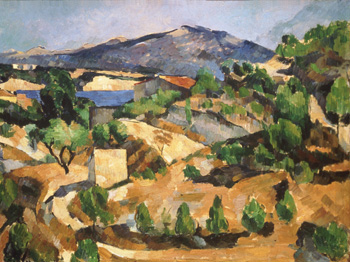 Yet there was no fanfare to their collecting habits — the Davies were painfully shy and famously reclusive. The granddaughters of David Davies, a wealthy Welsh industrialist, they were among the most progressive British collectors of their time, at one point amassing the largest impressionist and post-impressionist collection in Britain at a time when modern French art was widely ignored there. Yet they had no interaction with high society, let alone artistic circles or the painters whose work they collected. They were driven, we’re told, by little more than a passion for 19th- and 20th- century art and its ability to affect the lives of viewers. That, and a lifelong dedication to the social responsibilities they felt came with fortune.

Gwendoline once wrote in 1925: “The great joy of collecting is to do it yourself.”

Ultimately, the Davies would amass 280 paintings, including works by Claude Monet, Pierre-Auguste Renoir, Camille Pissarro, Vincent van Gogh and Paul Cézanne. When, at the end of their lives, they bequeathed the entire collection to National Museum Wales, it was with instructions to make sure the works would be shown as widely as possible.

While the sisters would no doubt be delighted to find their life’s dedication on display in the United States for the first time, the show is enthralling for a very different reason. The Monets and van Goghs — although as striking as ever and even somewhat radical at the time of their purchase — seem a bit timeworn today. But the tale of two heiresses who spent so little on personal indulgences — that’s as uncommon now as it would’ve been 100 years ago.

By observing the compilation chronologically (the works are ordered according to when they were purchased), we see that what the Davies lacked in social bravado they made up for in their collecting, turning gradually from picturesque realism to more adventurous, modern styles.

We also see proof of the altruistic nature behind their endeavors, in art and otherwise. The Davies abandoned buying altogether during World War I, when they crossed the English Channel to treat wounded soldiers with the French Red Cross. The experience had a notably profound effect on the sisters’ lives, inspiring them to refocus their attention on philanthropic efforts and humanitarian causes. 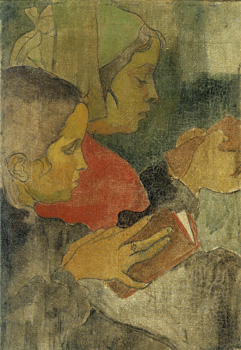 By this time, the romantic seascapes and pastoral scenes that made up their initial compilation had given way to works such as van Gogh’s “Rain-Auvers,” a dramatic painting marked with a deluge of village rain. The piece — among the sisters’ final purchases — was completed weeks before the artist shot himself.

It’s stories like these that make for a fascinating history lesson — one that’s tinged with intrigue and tragedy alike — against the backdrop of two quietly influential women who spread their wealth by preserving and sharing Europe’s artistic treasures. And we’re all the richer for it.