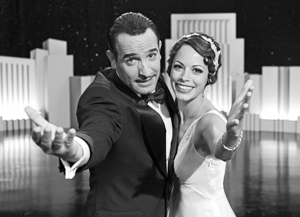 Of particular interest to fans of international cinema, French writer-director Michel Hazanavicius’s “The Artist” won Best Film, the first time ever that WAFCA’s top prize was claimed by a silent picture, an exceedingly rare production in modern times. The film, set in 1920s Hollywood, follows silent movie actor George Valentin, who meets a young dancer set for a big break while wondering if the arrival of talking pictures will cause his own star to fade into oblivion. The film’s French composer, Ludovic Bource, won Best Score, a particularly notable achievement since the original music completely dominates the audience’s ears in the absence of the audible speech and sound mix heard on a typical talkie’s soundtrack.

“We in D.C. know what it’s like to live and work in a city dominated by a single industry. In honoring both ‘The Artist’ and ‘Hugo,’ WAFCA is spotlighting two films that are love letters to the film industry that we all love so well,” quipped WAFCA President Tim Gordon.

He added: “This is WAFCA’s 10th anniversary, and as an organization we are very proud of the choices that our membership made throughout this process. There were no sweeps this year. No ties. Just a surprisingly diverse spread of awards that highlights both the exceptional films nominated and the distinct makeup of our great organization.”

WAFCA’s membership includes 43 film critics from D.C., Maryland and Virginia working in print, online, television and radio — including yours truly. Unlike previous years in which a few films — or even just one — dominated the WAFCA awards, most 2011 winning films took home only one prize, except for three films that won two awards.

Best Foreign Language Film: “The Skin I Live In”

Tilda Swinton (“We Need to Talk About Kevin”)

Kenneth Branagh (“My Week with Marilyn”)

Andy Serkis (“Rise of the Planet of the Apes”)

“The Adventures of Tintin”

“Being Elmo: A Puppeteer’s Journey”

“Into the Abyss: A Tale of Death, A Tale of Life”

“I Saw the Devil”

Jack Fisk and Jeanette Scott (“The Tree of Life”)

Trent Reznor & Atticus Ross (“The Girl with the Dragon Tattoo”)