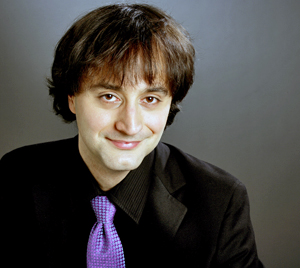 The Embassy Series kicks off its 18th season on Sept. 15. Highlights of the first half of the 2011-12 season include:

To commemorate victims of the Holocaust in Lithuania, Jerome Barry will raise his baritone voice to highlight cantorial music that Jews composed in the ghettos of Vilnius during World War II. Violinist Peter Sirotin and pianist Edvinas Minkstimas will accompany Barry. Tickets are $80.

Blending violin, cello, bass-baritone and piano, this evening of “high strings and deep voice” at the Austrian Embassy promises to be memorable. The Austrian artists will perform song and chamber works by composers Franz Schubert, Richard Wager and Joseph Haydn, among others. Tickets are $50.

Israeli pianist Ran Dank, who made his debut with the Washington Performing Arts Society’s Hayes Piano Series at the Kennedy Center, will perform a repertoire that includes Beethoven’s “Sonata No. 29” in B-flat major and several of Chopin’s “Preludes.” Tickets are $50.

Pianist Ádám György returns to the Embassy Series having performed throughout Europe, Asia and North America, including New York’s Carnegie Hall and Singapore’s Esplanade. Tickets are $80.