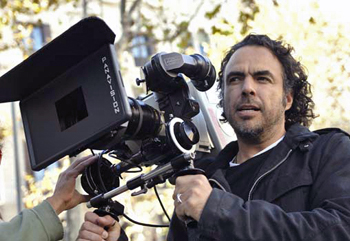 In an interview with The Washington Diplomat at the New York Palace Hotel in Manhattan, the filmmaker mused on his latest release, “Biutiful” — which is also earning Oscar buzz as this year’s nominee for Best Foreign Language Film, a submission from Mexico, even though it’s set in Spain. “I shot in Barcelona, but this can be happening in any city,” Iñárritu explained. “I am putting into discussion a human drama in the context of an urgent topic that is happening around the world. I’m not pointing to Barcelona.”

Acclaimed Mexican writer-director Alejandro González Iñárritu is known for the somber subject matter of his serious, complex films like “Amores Perros” and most recently the Oscar-nominated “Biutiful.

Our “Biutiful” anti-hero is Uxbal, played by Spanish star Javier Bardem (in a role nominated for a Best Actor Oscar), who faces a constant uphill battle as he swarms through the vagaries of the criminal underground of Barcelona. He ekes away a modest living struggling to put together sundry crooked deals with illegal Chinese immigrants who specialize in cut-rate construction work and counterfeit handbags in a sweatshop, illegal Senegalese street peddlers hawking those fake goods, and Spanish businessman of various levels of legitimacy. All Uxbal really wants to do is support his two children, but upon learning that he has terminal cancer, he gives his estranged bipolar wife another ill-fated chance at the very same redemption he’s seeking, with mixed results (also see “‘Biutiful’ Bardem” film review and “Inhabiting the Role” film interview in the February 2011 issue of The Washington Diplomat).

The film marked the first time that Iñárritu wrote a character with a specific actor in mind. “Suddenly when I started writing, I saw it, incredibly clearly, that it was [Bardem] — because the nature of the character that was coming into my veins was so contradictory and Javier, as a person, is as complex as this guy,” he recalled. “So it was a tailor-made suit.”

Iñárritu characterized himself and Bardem as “two crazy neurotic guys just trying to get to the bone of something. It’s dangerous to have two people that are never satisfied enough.”

The director, in fact, is known for using multiple lead characters, interconnecting plots, and proliferating locations, techniques that haven’t appealed to everyone. “Biutiful” though focuses on one main character in one place at one time, somewhat of a novelty for Iñárritu. Still, it’s a far cry from typically predictable Hollywood fare.

“I didn’t bring any concern or thought or worry about what this would represent commercially. I was not thinking of the massive audiences or accommodating to their sensibilities,” he said.

And despite his potentially depressing material, Iñárritu insisted that he has a sense of humor. “I have it, I have to say!” He joked, “It’s gonna be dark. Everybody will die at the end, but the people will laugh because [the on-screen personas] will be bad people.”